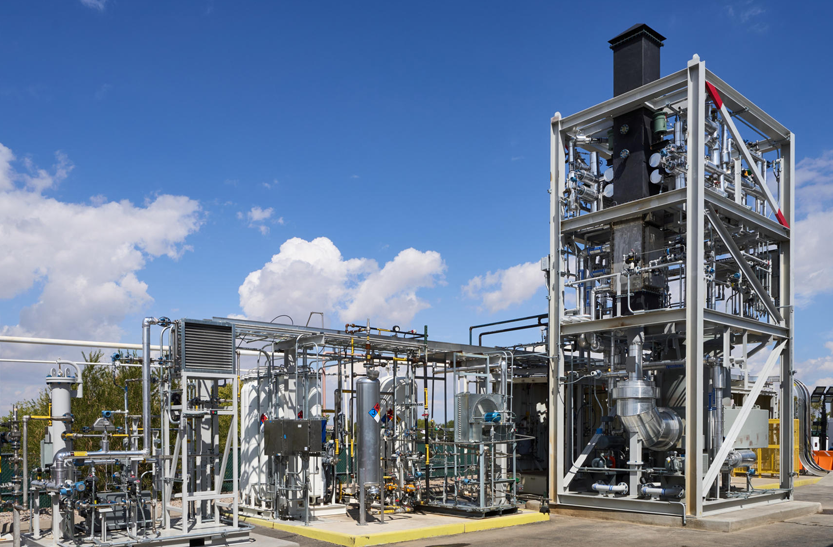 BayoTech is an energy solutions company committed to addressing the global need for a consistent, cost-effective, low-carbon supply of hydrogen. Hydrogen possesses many attributes that will drive long–term demand as a fuel source, including its role in global decarbonization efforts. Today, most hydrogen is produced at large, centralized facilities before being delivered to end users. BayoTech, through its distributed hydrogen and “Gas-as-a-Service” offering, reduces or eliminates transportation and storage costs, which result in less energy wasted and a lower carbon footprint than traditional hydrogen production technology and electrolyzer-based systems. The company’s modular, scalable, and rapidly deployable hydrogen production systems require lower upfront capital commitments, streamlined siting and installation and, when paired with renewable natural gas (“RNG”), offer the most cost-effective green hydrogen available today.

BayoTech serves a diverse set of end users, including traditional consumers in the industrial gas and chemicals industries, as well as those using hydrogen to power the fast-growing fuel cell segment.

“It’s a strong sign of market acceleration when well-established corporations recognize the important role hydrogen will play in decarbonizing industry,” said Mo Vargas, BayoTech’s President and CEO. “Cottonwood Technology Funds has been a great partner to BayoTech and continues to play a key role in aligning us with investors to drive our long-term growth.”

About Cottonwood Technology FundCTF is a seed and early-stage technology commercialization fund with offices in Santa Fe, New Mexico; and Enschede, the Netherlands. It invests in founding stage technology-related (particularly telecom, chemistry/material sciences, photonics, biosciences, robotics and new energy) businesses originating throughout the Southwest region of the US and also in Northern Europe. Visit www.cottonwoodtechnologyfund.com for more information.