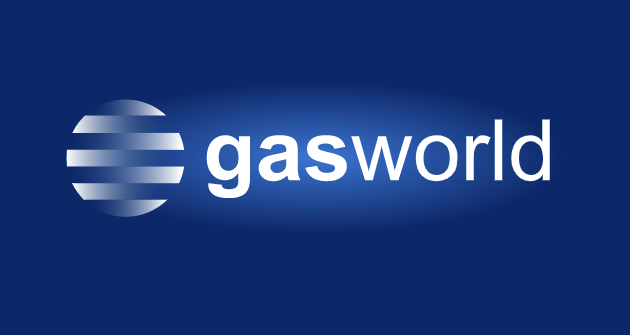 According to the Hydrogen Council, within the next decade, global demand for renewable and low carbon hydrogen could grow by 50%, and by 2050 hydrogen could contribute to over 20% of global carbon abatement1. With this in mind, many believe the time for hydrogen is now in the US.

Wanting to play a big part in such transition is Albuquerque, New Mexico-based BayoTech, Inc. Although born from small beginnings, the company has huge ambitions, and strives to be the largest distributed hydrogen company in the world as part of its mission to address the global need for reliable, cost-effective and low-carbon hydrogen.

“The hydrogen revolution is just getting started,” Mo Vargas, CEO of BayoTech told gasworld in a recent interview. “As we keep seeing more and more support both from government and businesses alike. We’re on the brink of a massive energy transition and BayoTech is going to be leading the charge.”

For BayoTech, taking the complexity out of hydrogen is key to supporting the revolution. To achieve this, the company in June last year completed the acquisition of IGX Group, a California-based manufacturer of high-pressure, cylinder-based hydrogen storage and delivery equipment, to become a full-service hydrogen supplier.

“With this acquisition, BayoTech became a full-service hydrogen supplier across the value chain, offering localized production, transportation, storage and fueling solutions, as well as fuel cell power equipment. BayoTech is taking the complexity out of hydrogen for new users. We’re making it more affordable and accessible to get started using hydrogen,” Vargas continued.

A significant part of BayoTech’s role in the hydrogen economy comes in the form of hydrogen hub developments. Throughout the US, and the rest of the world for that matter, hydrogen hubs are becoming a regular occurrence to help boost a regions hydrogen economy.

As defined by the Hydrogen Hub consortium, a hydrogen hub is an infrastructure project which integrates a number of hydrogen-based energy services. These services match supply and demand for energy to meet our needs for heat, power and transport2.

“BayoTech is deploying a network of regional hydrogen hubs at strategic sites throughout the US and UK. BayoTech has identified key locations throughout the US where we can meet the growing demand for reliable, affordable supply for hydrogen,” Vargas said.

“These locations include our home state of New Mexico, as well as other key hot-spots including sites in Oklahoma, California and Utah. Initially, we see a real opportunity to be at the centre of a regional network of hydrogen hubs accelerating clean energy adoption throughout the Western US.”

“We initially install a one ton per day hydrogen generator, while permitting and prepping the site for quick expansion to double the amount of hydrogen produced in under six months. As the market accelerates, we’re ready to grow our hydrogen generators to five ton per day. Producing on a small-scale with our unique technology, we make hydrogen much more efficiently, affordably and within lower carbon intensity. From the hubs, locally produced hydrogen will be distributed to nearby consumers via BayoTech’s own HyFill™ transport trailers.”

Used by industrial gas distributors throughout the US, BayoTech’s HyFill™ transport trailers carry up to three times more compressed hydrogen that any other technology on the market. And for customers, the higher payloads will translate into lower transportation costs, higher driver productivity and less carbon emissions.

For BayoTech, scaling up its technologies is key to continue serving its customers and the hydrogen market in the best way possible – and the company has been plans for both its current products and planned releases.

“We also plan on releasing a new compressor dispenser skid that will be available for lease by hydrogen fleet operators. This will save customers millions in infrastructure cost, commitment and installation time.”

Since President Biden’s inauguration in January last year, the US has heard great plans and hopes for hydrogen, which has been music to the ears of many clean energy companies such as BayoTech. In February 2021, the Biden administration said it was targeting low-cost hydrogen production as part of a newly launched Climate Innovation Work Group, and later in July we say President Biden and a bipartisan group sign an agreement that will see $550bn invested into the American infrastructure with hydrogen included.

Further to that, $8bn for large-scale regional clean hydrogen hubs, $1bn for clean hydrogen electrolysis research and development and $500m in funds for clean hydrogen manufacturing and recycling were all commitments President Biden made under a $1.2 trillion Infrastructure Investment and Jobs Act in November, 2021.

Recognizing the accelerated support for hydrogen, Vargas added, “When the pandemic began, I believed that climate change would be deprioritized and with it the fate of growing the hydrogen industry, but the exact opposite occurred

“As we work toward this transition to a cleaner energy like hydrogen, we need to keep all options on the table and not gatekeep opportunities to expedite the transition. For hydrogen to become easily available and cost-effective, we need to rely on a variety of production methods. We should keep in mind that there isn’t a one-size-fits-all solution to hydrogen. A fact-based approach that leverages regional resources, that includes a combination of different production pathways, is the best path forward.”